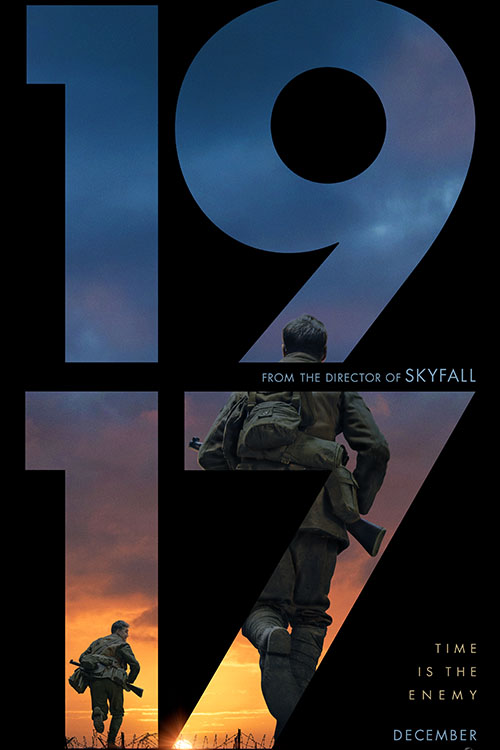 April 1917, the Western Front. Two British soldiers are sent to deliver an urgent message to an isolated regiment. If the message is not received in time the regiment will walk into a trap and be massacred. To get to the regiment they will need to cross through enemy territory. Time is of the essence and the journey will be fraught with danger.

I sat in a packed yet silent theater this morning and watched, what I believe to be, the next Academy Award winner for the Best Picture. I’m not at all a fan of war movies but I am a fan of great movies….and 1917 is a great movie. I have never been so mesmerized by set design and direction, the mass human emotion of this film is astonishingly captured and embedded magically in the audience. It keeps running through my mind…the poetry and beauty intertwined with the raw misery of war. Treat yourself….see this movie!

This film is overwhelming. I have nothing further to add, other than the compelling need for eternal remembrance to those who sacrificed their lives in any way, we can not fathom. We, citizens of any country, today, should feel ourselves lucky and blessed to exist. A Happy New Year to all. George from Hellas. NB: do not give it a second thought; watch it; even if this genre is not your cup of tea. After all, it is much more than a feature film. It’s a massive dedication to unselfishness. Do yourself a favour and watch it. And then watch it once more.