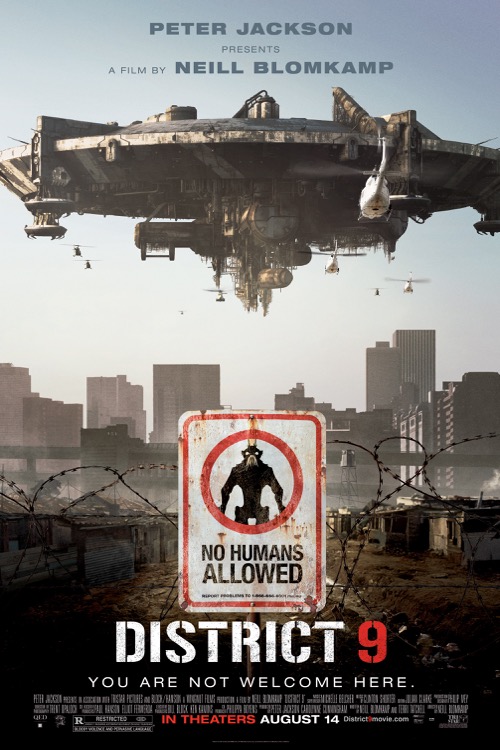 In 1982, a massive star ship bearing a bedraggled alien population, nicknamed “The Prawns,” appeared over Johannesburg, South Africa. Twenty-eight years later, the initial welcome by the human population has faded. The refugee camp where the aliens were located has deteriorated into a militarized ghetto called District 9, where they are confined and exploited in squalor. In 2010, the munitions corporation, Multi-National United, is contracted to forcibly evict the population with operative Wikus van der Merwe in charge. In this operation, Wikus is exposed to a strange alien chemical and must rely on the help of his only two new ‘Prawn’ friends.

Saying this movie is good would be an understatement. The movie has it all, a very intriguing deep plot, good acting and great action. If I was to find a flaw in this movie, it would be the shaky cam technique employed at the beginning part of the movie and also at the very end. The shaky parts are supposedly documentary clips telling the story of Wikus, the protagonist. But rather than add to the feel of it, the shakiness is just nauseating. They just over did it. But after a while into the movie, they got out of the documentary mode and things couldn’t be any better. And the special effects in his movie will have you believing that these aliens are real.

It’s better that you go into this movie not knowing the deeper plot as a big part of the movie’s entertainment value for me is the parts when things look hopeless and you really feel the despair and hopelessness of the characters. The only thing you need to know going in is that there are aliens stranded on earth and they are put in slums.