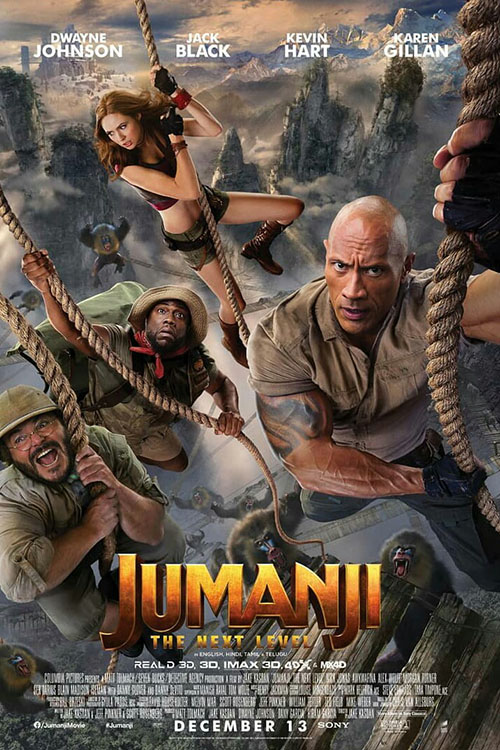 The gang is back but the game has changed. As they return to Jumanji to rescue one of their own, they discover that nothing is as they expect. The players will have to brave parts unknown and unexplored, from the arid deserts to the snowy mountains, in order to escape the world’s most dangerous game.

Before going to the cinema to see «The Next Level» of Jumanji, I rewatched the first movie, just to refresh my memory. And after watching the new one, I must say – it wasn’t underwhelming at all!

In addition to what the first film brought, new «Jumanji» has more jokes;
a whole lot of new characters;
a fresh look at the existing characters;
plenty of new locations and thus, much more adventures;
an absolute muddle of what’s happening on the screen;
and yes, even more jokes!

Given the above, it’s time to wrap it up – «Jumanji: The Next Level» is a solid following of a 2017’s movie. It’s all about laughter, fun, amusement and adventures, of course. In case if you seen «Jumanji: Welcome to the Jungle» and enjoyed it, the new «Next Level» won’t let you down.

Watch 4K Trailer of Jumanji: The Next Level 2019